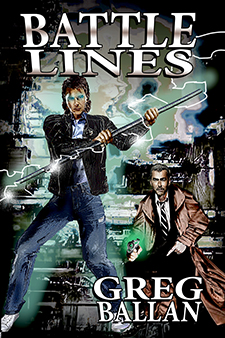 The hidden battle between good and evil approaches a boiling point. Each side accuses the other of violating rules set down by the Creator at the dawn of time. The theft of The Ruby Crucifix from Vatican City enrages the forces of light, while the unauthorized birth of Armageddon's Son spurs the forces of darkness to take desperate, hostile action. As both sides prepare for war, a third party, the rogue arch demon Molec, escalates hostilities by issuing a forbidden soul bounty on light's new prophet, who happens to be the son of the Hybrid, former CIA Agent Erik Knight. The Hybrid and his trusted ally, Martin Denton, must confront demons, angels, aliens, corrupt politicians and evasive clergymen each with their own agenda and hidden motives as they hunt down Molec in a desperate, final attempt to avoid a catastrophic, world-ending battle which would have repercussions across the galaxy and the multiverse.